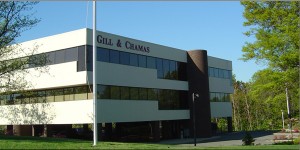 A Toms River woman injured while shopping at a home improvement store settled her personal injury lawsuit for $1.3 million.

A woman was injured while standing in an aisle of the Outdoor Garden Department at a home improvement store in Toms River, according to her attorney, Raymond Gill of Woodbridge law office Gill and Chamas.

According to Gill, a large cart being pushed by an employee struck the plaintiff’s shopping cart, pushing the handle of the cart into her back.

The impact aggravated her pre-existing degenerative joint disease and scoliosis, says NJ personal injury attorney Raymond Gill. When nonsurgical treatment failed to alleviate her pain, she underwent a lumbar spine fusion. But there were complications from the surgery, Gill says, including an infection.

The plaintiff, who was 65 at the time of the accident, had since returned to work as an administrator for Community Medical Center in Toms River, but has to undergo additional back surgery.