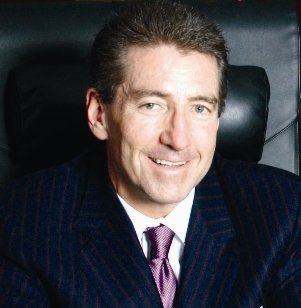 Born and raised in Woodbridge, New Jersey, Mr. Gill now resides in Sea Bright. He is single and has three children. Mr. Gill founded the fifteen lawyer firm in 1986. He has practiced trial law in Woodbridge continuously since 1977 and has concentrated on the representation of accident victims for the past twenty years at Gill & Chamas. Since 1977, Mr. Gill has tried hundreds of jury and non-jury trials to conclusion in the areas of general negligence, automobile negligence, medical malpractice and products liability. During that time, he has achieved many multi-million dollar settlements and verdicts on behalf of his clients.

Mr. Gill has been named to the New Jersey Super Lawyers list, which acknowledges the top five percent of attorneys in each state, since 2005. Since 2005, Mr. Gill has been named to the “Top 100 Attorneys” in New Jersey list and has also received the honor of being named one of the “Top Ten Attorneys” in New Jersey from Super Lawyer magazine. Mr. Gill has also been included in the Best Lawyers in America in the specialties of personal injury litigation and product liability litigation. Recognized statewide as an innovator in the field of demonstrative evidence and trial tactics, Mr. Gill is a also frequent lecturer on these and other related topics for the Association of Trial Lawyers of America both in New Jersey and on the national level.

Mr. Gill also received five (5) of New Jersey’s Top 20 Personal Injury Awards from September 2008 until September 2009. Three of those five cases were listed in the Top 10. In these five cases alone, Mr. Gill accumulated nearly $50 million dollars for his clients.

95% of Practice Devoted to Litigation

A sample of Raymond A. Gill Jr.'s settlements and verdicts as of 2021

$18,850,000 – A man was killed in a construction-site accident while he was standing next to a forklift when a backhoe reversed and crushed him between the two machines. The New Jersey Jury Verdict Review and Analysis stated that this Morris County case is one of the largest monetary settlements for the death of an unmarried man with no children in the history of the state.

$10,000,000 – VERDICT – A truck driver developed a staph infection from a fall on a slippery pavement at his Middlesex County workplace. The infection traveled through the plaintiff’s spine and into his heart, which caused a growth of microflora on his mitral valve.

$9,000,000 – VERDICT – A brain injury was sustained by a Somerset County man whose vehicle was struck from behind by a car while sitting in traffic. The plaintiff was rendered unconscious and exhibited confusion and memory loss.

$8,662,500 – Burn injuries and wrongful death due to a house fire was started by a defectively designed dishwasher in Shrewsbury, NJ. The dishwasher was recalled because its design caused solution to drip onto the wiring harness, which allowed the wires’ insulation to deteriorate.

$7,100,000 – The family of a man who was killed in a bicycle race agreed to settle their Middlesex County lawsuit. A competitive cyclist suffered a traumatic head injury when he collided with the chief referee in the race.

$7,000,000 – A Bergen County construction worker who was installing fire sprinklers for his employer was killed by a falling pallet of cinder blocks. The pallet fell from a sixth-floor balcony, which struck the plaintiff in the head.

$6,500,000 – VERDICT – Plaintiff was involved in a rear-end collision and is now confined to a wheelchair.

$5,000,000 – A man was repairing a forklift at a construction site when he was hit by another forklift that was in operation. The plaintiff suffered serious injuries and has been declared permanently disabled.

$5,000,000 – Plaintiff died of burns suffered in a fire at a chemical plant in Somerset County.

$4,500,000 – An electrical engineer was fatally hit in Hillsborough while making a turn on his motorcycle.

$4,500,000 – State employee permanently injured while working on the shoulder of a highway.

$3,500,000 – A limousine passenger suffered serious injuries after the vehicle hydroplaned in rainwater and struck a concrete barrier.

$3,150,000 – Plaintiff’s father was unable to control car due to multiple sclerosis.

$3,000,000 – A bicyclist was left paralyzed after being struck by a truck trailer in Union County.

$3,000,000 – A traffic engineer was killed by an 18-wheel tractor-trailer while working on a highway improvement project.

$2,950,000 – A woman was struck from behind in her automobile on Route 9 in Monmouth County. As a result, she experiences severe cognitive dysfunction due to a head injury.

$2,900,000 – A woman tripped while hanging laundry at her apartment complex in Union County.

$2,400,000 – A man died of injuries sustained in a fishing-boat explosion in Monmouth County.

$2,350,000 – A man was struck by a forklift while doing business at a landscaping supply yard in Monmouth County.

$1,400,000 – Arbitration panel awards Milltown man after shot in the chest during a hunting accident.

$1,200,000 – Workplace injury – multiple fractures of the right arm in an airport conveyer belt.

$1,000,000 – A Middlesex County lawsuit for injuries sustained when plaintiff’s car was struck head-on by another.