Walter Dana Venneman is Certified by the Supreme Court of New Jersey as a Civil Trial Attorney putting him in the top 3% of trial lawyers in the State. Dana has extensive trial, mediation, and negotiation and litigation experience in personal injury mattes and has tried dozens of cases to a conclusion before a jury. His range of expertise is wide, with substantial medical malpractice experience including lack of informed consent, delay in diagnosis of cancer, negligence in surgery, hospital and nursing medical negligence, Wrongful Termination and Law Against Discrimination, complex construction injuries, product defect claims, class actions, burn cases, electrocutions, traumatic brain injury, Post-Traumatic Stress Disorder, cervical, thoracic, and lumbar surgeries, car accidents, slip/trip and falls on commercial and public property and much more.

Dana was born and raised in Schenectady, New York by a hard-working single mom, Marianne, who continued to educate herself and earned her master’s degree later in life. Dana’s father Walter F. Venneman, was a World War II veteran of the Pacific theater, and was an engineer, navigator and radio man in the Army Air Corps. WFV went on to serve society as an engineer for General researching nuclear propulsion for jet aircraft, and as a key designer of the Alaskan Pipeline (Bechtel) and then for Uni-flow. WFV designed and held a patent for a valve on the Gemini spacesuit.

Dana followed in his father’s legacy of military service and joined the Army as an E-1 Private in 1984 and earned his General Equivalency Diploma in basic training. First serving as a combat medic with the 25th Infantry Division and then as a surgical intensive care nurse at the Army’s flagship hospital, Walter Reed Army Medical Center, Dana earned a “Green-to-Gold” ROTC Scholarship through the Army and attended Georgetown University and earned a bachelor’s degree in Government and an Honors Minor in Social and Political Thought. Dana went to law school in 1994 and graduated from Rutgers University School of Law (Camden) and then clerked for the Honorable Charles R. Previti, J.S.C. (Retired) in Atlantic County. 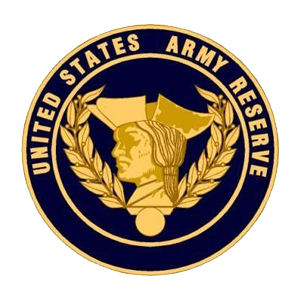 In 1998, Dana returned to active duty as an officer in the Judge Advocate General’s Corps (Army) and served during 9/11. Dana returned to private practice in 2002, working for James P. Savio in medical negligence. James P. Savio is now a Judge in the Atlantic County Superior Court. In 2008, by then a Major, Dana was called to active duty and served as the Staff Judge Advocate for Combined Joint Task Force Phoenix VII in Afghanistan. Asked to remain in service for other strategic and mission sensitive legal issues, Dana worked out of the Pentagon returning to Afghanistan and Iraq for shorter combat operations. His assignments to several special projects included the Secretary of the Army’s Special Inspection of the Detainee Program and to provide counsel to the Secretary of Defense by way of the Fort Hood Army Internal Review Team that analyzed and assessed the Fort Hood shooting case involving Major Hasan. Dana’s last active duty assignment was to serve as the Group Judge Advocate (similar to serving as a general counsel) for Asymmetric Warfare Group, the “global scouts” for the Department of Defense.

Colonel Venneman currently serves America’s Army Reserve as a Faculty Instructor in Strategic Studies at the United States Army War College – Department of Distance Education. He successfully completed command of the 7th Legal Operations Detachment in 2017 in his home town of Schenectady, New York. Dana has been an attorney for 25 years and tried dozens of cases.

Much of Dana’s experience comes from defending companies in negligence cases. As a former insider, Dana knows how insurance companies think, how they litigate, and how they may value your case. Dana is committed to applying his experiences to achieve the very best outcome for you, whether it comes by negotiated settlement or trial. When you need an attorney, you need a combat proven trial lawyer that never quits on you, and believes in something greater than himself.

Georgetown University
Bachelor of Arts in Government, with an Honors Minor in Social and Political Thought, 1994

Wrongful Death – commercial trucking/auto accident settled for a confidential amount over $3,500,000.00 at time of settlement

$1,500,000.00 for estate of worker that fell 41 feet to his death in workplace construction accident

$750,000.00 for mild traumatic brain injury suffered as a passenger in a parked vehicle in parking lot motor vehicle accident

$750,000.00 for third degree burns of the foot and leg from hot water heater in workplace accident

*Results may vary depending on your particular facts and legal circumstances.*