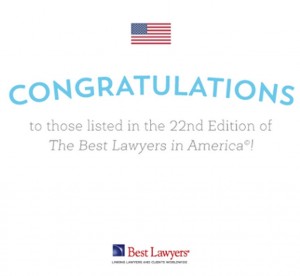 Raymond Gill & Peter Chamas were named to the 2016 Edition of the Best Lawyers in America yesterday after the peer review guide released their honors. Gill has been named to this list since 2009 while Chamas has been since 2010. The areas in which they were listed include “Personal Injury Litigation” & “Product Liability Litigation.” 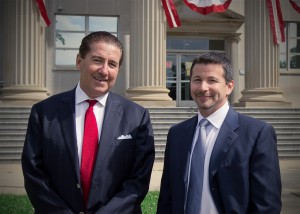 “Best Lawyers is the oldest and most respected peer-review publication in the legal profession. A listing in Best Lawyers is widely regarded by both clients and legal professionals as a significant honor, conferred on a lawyer by his or her peers. For more than three decades, Best Lawyers lists have earned the respect of the profession, the media, and the public, as the most reliable, unbiased source of legal referrals anywhere.

Our lists of outstanding attorneys are compiled by conducting exhaustive peer-review surveys in which tens of thousands of leading lawyers confidentially evaluate their professional peers. If the votes for an attorney are positive enough for inclusion in Best Lawyers, that attorney must maintain those votes in subsequent polls to remain on the list for each edition. Lawyers are not permitted to pay any fee to participate in or be included on our lists.”