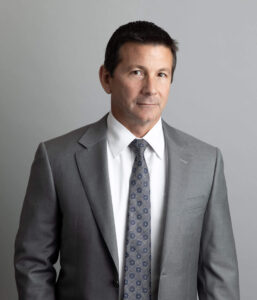 For the second time in the last two months, Peter Chamas has recovered $2,000,000 for a client. His client suffered neck and back injuries when a tractor trailer struck his vehicle and caused it to veer off the road. The man was driving in the right lane on Interstate 80 when a truck drifted from the center lane into his lane, contacting his vehicle and causing him to go off the highway.

The plaintiff suffered multiple fractures and herniations of the lumbar spine that required surgery. He was hospitalized and spent eight days in rehab before being discharged, but he continued to undergo outpatient physical therapy and pain management treatment, said his attorney, Peter Chamas of Gill & Chamas in Woodbridge, NJ.

The lawsuit named the driver of the truck and his employer, who initially contested liability, claiming it was the plaintiff who drifted into the center lane. However, witness testimony backed up the claim that it was indeed the tractor-trailer that drifted into the right lane.

The suit was filed in Morris County and the $2 million settlement was reached in December of 2021, following mediation with former Superior Court Judge Jamie Happas.