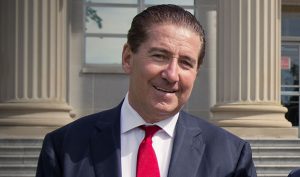 LIMO ACCIDENT: A limousine passenger left paraplegic by a crash agreed to a $3.5 Million settlement of his suit claiming that bald tires caused the vehicle to hydroplane in rainwater and strike a concrete barrier. The accident occurred on the New Jersey approach to the Holland Tunnel on October of 2003, when the plaintiff was riding in a 1999 Lincoln Town Car.

The plaintiff suffered a spinal cord injury, is in a rehabilitation center and has not worked since the accident says his auto accident lawyer, Raymond Gill of personal injury law firm Gill & Chamas in Woodbridge. A report stated that the rear tires “needed to be changed soon” but failed to do so. A post-crash examination showed one-sixteenth of an inch of tread in some sports and no tread in others, says Gill.