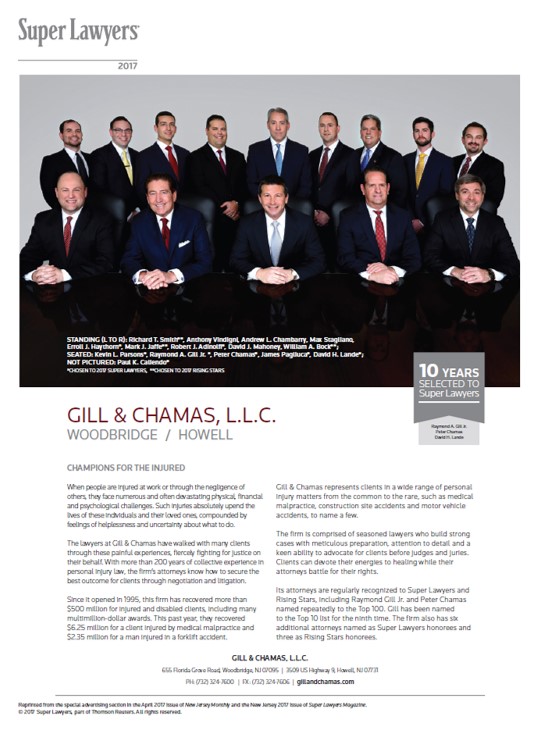 You can view the Gill & Chamas Super Lawyers 2017 article here.

The attorneys named to the 2017 lists:

Super Lawyers selects attorneys using a patented multiphase selection process. Peer nominations and evaluations are combined with independent research. Each candidate is evaluated on 12 indicators of peer recognition and professional achievement. Selections are made on an annual, state-by-state basis. The final published list represents no more than 5 percent of the lawyers in the state. No more than 2.5 percent are named to the Rising Stars list.

*No aspect of this is approved by the Supreme Court. Please visit www.superlawyers.com for methodology.