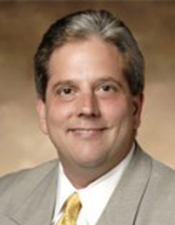 Partner, Robert J. Adinolfi recently settled a case for $750,000.00 involving a missed diagnosis of breast cancer.  The case was brought against a prominent Monmouth County Breast surgeon, where it was alleged that as a result of a two month delay in diagnosis, the plaintiff was deprived of timely treatment that would have prevented her unfortunate passing.  The lawsuit alleged that the surgeon should have performed biopsy testing that would have diagnosed the cancer sooner.

The case was hotly contested by the defense, who insisted that nothing was done wrong by the surgeon, who ordered multiple radiological tests.  Moreover, the defense claimed that at the time the diagnosis was missed, plaintiff already had metastatic breast cancer, and that her treatment options were the same, despite his failure to order simple biopsy testing.

All too often, women are misdiagnosed by breast surgeons who either falsely rely on mammogram imaging, or fail to appreciate that even the most remote change in a women’s health deserves a vast medical workup, including more advanced breast screening and gene testing.  Mr. Adinolfi has handled many cases involving a missed diagnosis of cancer, be it breast, lung, prostate, or colon.  If you have any inquiries, a confidential consultation is free, and made at your convenience.