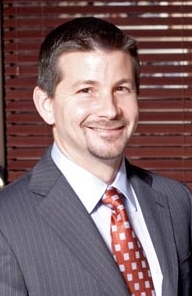 A Monmouth County judge approved a $4.125 million settlement in a suit over a delayed diagnosis of congenital hypothyroidism in a new born. Peter Chamas of medical malpractice law office Gill & Chamas in Woodbridge, NJ, who represented the child and her parents of Millstone says, state laws requires hospitals to send a blood sample to the state within 48 hours of birth to test the baby for genetic defects and the state is supposed to get back in two weeks with the results. That did not happen when the child was born. The hospital claimed it took the blood and sent it to the Department of Health and Senior Services, while the department claimed it never received the sample. The child was not diagnosed until April 2003, and the year’s delay in treating her with replacement thyroid hormone resulted in permanent cognitive and developmental defects, says Chamas. The plaintiff was slow to walk and talk, and now 7, has a low-average IQ, is in a special class at school and has a mild spastic disorder that affects her gait, Chamas said.

If you or a family member has suffered a serious personal injury due to the negligence of a doctor or hospital, make sure you get the representation you deserve. Call our office today at 732.324.7600, or click here to contact us immediately.